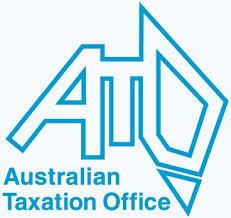 The Australian Taxation Office has addressed concerns that small businesses are needlessly dropping out of the JobKeeper scheme for fear of financial punishment or due to moral reasons, saying “the law is really clear”.

ATO assistant commissioner for small business Andrew Watson responded to concerns that small businesses are dropping out of JobKeeper as COVID-19 restrictions gradually ease and businesses resume operations which may render them ineligible.

Further, he said the ATO’s compliance approach to JobKeeper is that it’s not setting out to punish businesses.

“The law is really clear on this. Once you’re in, you’re in to the end of September. If you meet the eligibility test once, you’re in it for the whole time,” Mr Watson said.

It’s been recently reported that businesses across Australia that have seen revenue recovery in June are choosing to voluntarily pull out of the JobKeeper scheme, mostly to avoid any assumed compliance issues down the track.

The ATO has previously stated that once a small business qualifies for the JobKeeper allowance, it remains qualified for the entire duration of the scheme, which currently is set to finish at the end of September.

Mr Watson believed some of the concern has come from when businesses have to put in a declaration each month, the ATO asks for a form that includes their current projected GST turnover.

“Now part of the JobKeeper design, the government asks us to collect that for statistical purposes, but it is not a retesting of your eligibility,” he said.

“If you came into JobKeeper on the basis that your month of April turnover in 2020 was dropping by more than 30 per cent compared to your month of April in 2019, you meet that part of the eligibility test and we we’re not bothered by then what happens in July/August/September, because the law doesn’t take account for that, so we are not looking for that at all.”

However, Anderson Tax & Consulting founder Debra Anderson said the concern from small businesses regarding the ATO is a natural one.

“I think everybody is scared of the ATO. I mean, you get a letter and you’ve got ATO up in the corner of it and all of a sudden your anxiety levels up. I think you wouldn’t be human if you weren’t,” she said.

“They’re not the bad guys. If anything, they’ve been able to pull a rabbit out of the hat in these last few months, being able to disperse so much JobKeeper and cash-flow bonus to all these businesses.

“Small business wouldn’t have survived without what the ATO had been able to achieve over the last few months.”

Ms Anderson said small businesses have nothing to fear and echoed earlier comments from Mr Watson that no tax problem ever went away by ignoring it.

“If anything, now is the time. If you’ve got a problem, put your hand up. Get some help. They’re willing to help. And I haven’t had any experiences where the ATO has said, ‘Nope, too bad’, they’re throwing it out,” Ms Anderson said.

“They’re here to help us survive. Us surviving helps the entire economy survive. We’re all on the same team. We’re all working towards the one goal.

“It’s natural to be hesitant when the phone rings, or you get that letter, but don’t be. Reach out, and they’re just human just like us.”

Age of paper invoices must end
‘The law is really clear’: ATO allays JobKeeper eligibility concerns
Last Minute Bookkeeping Tips Before You See The Tax Man
What's The One Task Most Small Business Owners Loathe?
Why a Bookkeeper Is Worth Their Weight In Gold